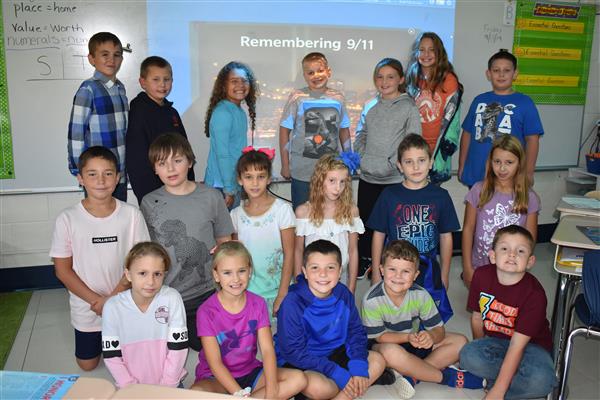 Students in Poland Central School District fourth-grader teacher Tracy Graulich’s classroom pose for a photo on Friday, Sept. 13, after watching a video about the terrorist attacks on Sept. 11, 2001. Graulich’s class learned about the attacks, shared their feelings and made a display about remembering what happened.

Graulich, who has relatives in the military, said she wants students to be aware of the sacrifices made by first-responders on 9/11 and by members of the military afterward.

“It’s important to me to have the kids learn about these events,” she said. “They’re our future.”

Graulich’s students colored printouts of American flags and wrote messages on them about 9/11. The artwork is displayed on a large classroom window facing the hallway with the message “We will always remember” in the center and a lit-up display at the bottom stating “9/11/01 always remember.”

The students also read a Scholastic News story written by 10-year-old Zechariah Cartledge. Zechariah ran in the Tunnel to Towers race, which was started in honor of firefighter Stephen Siller, who wanted to help so bad on 9/11 that he ran through the tunnel to Manhattan even though it was closed to traffic and carried 60 pounds of equipment with him. Siller was one of more than 400 first-responders who died when the towers collapsed, and his family started the Tunnel to Towers Foundation in his memory. Zechariah was motivated by the experience to start his own group called Running for Heroes to raise money for Tunnel to Towers.

When students were asked why it’s important to remember what happened on 9/11, fourth-grader Molly Dutcher recalled the story about Zechariah Cartledge and Stephen Siller in detail. Fourth-grader Julia Metzgier added that many people died who were just doing their jobs.

Students also watched a video about 9/11, and afterward, they expressed how they felt.

Ryan Malta and Benjamin Grimshaw said they felt emotional, Mark Guarascio said he felt mad and sad, Dharma Martin said she felt disappointed due to bad people committing the attacks, Tyler Boyce said he felt heartbroken and Xander Hart said he felt frustrated “because they were hurting people that they weren’t supposed to be hurting.”

“I want us to remember Margaret Echtermann,” Graulich said. “I don’t want us to ever forget.” 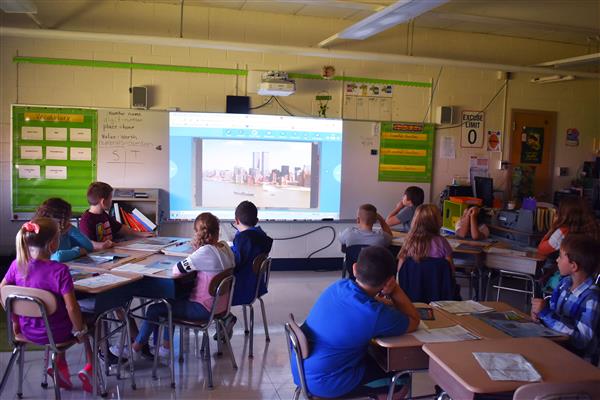 Students in Poland Central School District fourth-grader teacher Tracy Graulich’s classroom watch a video on Friday, Sept. 13, about the terrorist attacks on Sept. 11, 2001. Graulich’s class learned about the attacks, shared their feelings and made a display about remembering what happened. 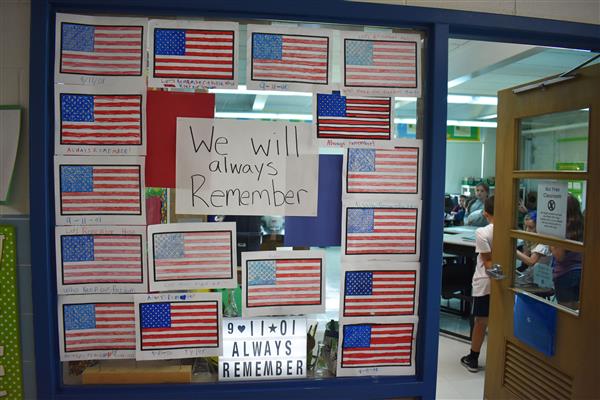 Students in Poland Central School District fourth-grader teacher Tracy Graulich’s classroom made a display, pictured here, about remembering what happened with the terrorist attacks on Sept. 11, 2001.