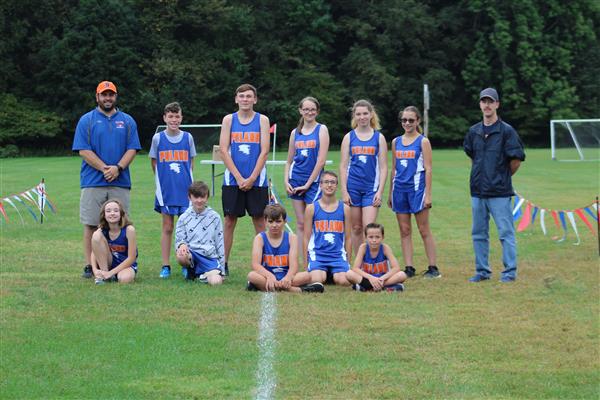 POLAND – Without participating in a single practice due to soccer commitments, Poland Central School District senior Christopher Gauthier won the first three cross country races he ever competed in.

After starting to run as a hobby and then being encouraged to join the team by Poland cross country coach Sandy Hitt, Gauthier decided to attempt cross country as a dual sport athlete this fall when he could fit it in around soccer.

The cross country season started on Oct. 3, but because he chose soccer as his primary sport, Gauthier, 17, wasn’t able to join the team until Oct. 24. In the span of about a week, he ran – and won – all three of his standard races for the season and competed in multiple soccer games.

‘Learning on the fly’

Gauthier’s first race took place in Little Falls, and when Hitt saw him coming in about a minute and a half ahead of the second place boys runner, she partially wondered if he had accidentally skipped a turn.

Gauthier remembers a different aspect of the race though – that he had a pretty big lead, but started to hear the clicks of a girls runner’s shoes getting closer to him. He was jogging at this point, but the girls runner was in a full sprint, so he sped up to make sure he finished the race before anyone else.

Gauthier’s second race was a home meet against Herkimer, except he had never been through the Poland home course before, so he did a walkthrough about a half hour before the meet. The course is challenging and slippery when it’s wet, and it was a cold and rainy day, he said.

“Our team had home field advantage – I was the only one on the team that didn’t have the advantage,” he said.

That didn’t stop him from winning again.

“He didn’t train one single practice,” Hitt said. “So he’s learning on the fly.”

“He really had three good races in a row,” Hitt said.

Next, he competed in the Center State Conference championship race, but didn’t win that. The races were conducted with just two teams at a time due to COVID-19, so it was hard for him to judge how fast he needed to run – especially without much experience in cross country – so he didn’t place as highly as he might have if he had runners ahead of him to try to catch, he and Hitt agreed.

Gauthier said he went into cross country with a mindset of trying his best and not worrying too much about what place he got.

Once he won his debut race though, his mindset shifted somewhat.

“After I won that first race, I thought it would be pretty cool to win all three races,” he said.

Gauthier said he started running on his own just to get in better shape, and he enjoys the individual responsibility of running.

“It’s me pushing myself,” he said. “I like the fact that it’s just you, and you’re challenging yourself."

Over time, he got his mile down from 10 minutes to five minutes and 30 seconds.

“It started to become a hobby, and I started to enjoy it more,” he said. “You get good at it, and you kind of just want to get better every time you do it.”

Gauthier said Hitt, who is a health teacher at Poland, asking him to join the team helped motivate him, and she was a great and supportive coach.

“It just made me want to join that much more,” he said. “When a teacher is saying you should do it, you kind of think maybe I’m actually good at it.”

Hitt said she encouraged Gauthier to join the team from seeing him running around the community and during soccer games.

“I just tried to convince him to do it,” Hitt said. “I knew he was good. I just didn’t know how good he was.”

Gauthier thought this would be a good chance to try cross country along with soccer, and he wants to run indoor and outdoor track this school year if possible.

“I figured it’s my senior year – just go all out and see what I can do,” he said.

Hitt tried to recruit Gauthier in previous years, but Gauthier doesn’t wish he joined sooner because he made a lot of progress while running to stay productive since COVID-19 started that put him in position for success this year.

“I wouldn’t have been able to compete at the level I did this year,” he said, of if he had started cross country sooner.

Gauthier’s brother, Poland graduate Kyle Gauthier, is about 10 years older and also ran on the Poland cross country team. Running together when they were younger was another big influence on Christopher Gauthier getting into running, he said.

Christopher Gauthier said his brother used to always beat him in races, but now he has some bragging rights of his own.

“He never got a first place, and I’ll always have that over him,” Christopher Gauthier said, with a smile.

Gauthier successfully joining cross country as a dual athlete could show other students that it’s possible to participate in two sports at the same, Hitt said.

“I think it was good for him and helpful for the rest of the athletes to see that you can do both,” she said.

For other students considering being dual athletes, Gauthier said he would give them two pieces of advice: Manage your time and give it a try.

“Go for it,” he said. “Like me, with your senior year, I figured why not? If I can’t do it in college or something like COVID happens, at least I got to do it before I left high school. It was probably so far one of the best times I’ve had doing a sport.”

An advantage of running is that it’s a sport that you can continue competitively or on your own, Hitt said.

“This is something you can take with you wherever you go,” she said.

Gauthier said he does hope to run cross country and maybe track in college if it works out. He is planning to attend a community college and then a four-year college, before going into law enforcement and pursuing his goal of working in the FBI.

He has tried to picture himself in various jobs, and working in the FBI feels the most right for him, he said.

“I had an interest in it, and I actually could see myself doing it,” he said. “I feel like that would be a fit for me.”

As far as being able to continue running, he said he took a couple weeks off at the end of the soccer and cross country seasons and then got back to running on his own.

“I’m still putting in the work,” he said. 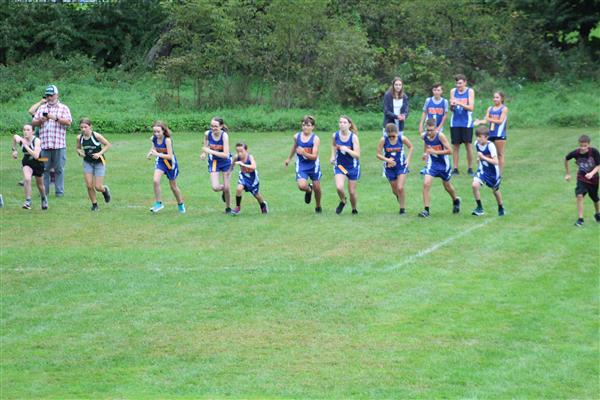