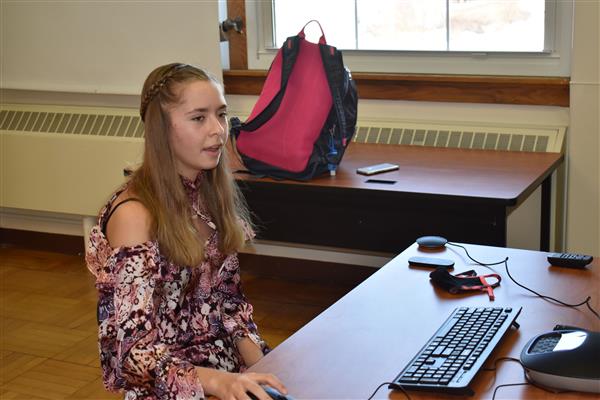 Students won trophies and more than $3,000 in prizes during Poland’s 33rd annual Science Fair – the first one was that was held virtually. Students who won awards are eligible to advance to the Utica College Regional Science Fair.

Fifty students in grades 7-11 made Google Sites for their projects with video presentations, and 24 judges from three continents signed up to review the projects online. Students with some of the top projects also gave virtual presentations to a panel of five judges.

Haver won Grand Champion in the Junior Level for her project titled “Taproots or Fibrous Roots? Which Will Save our Wildlife and Land?” The project looked into how much water the types of roots soaked up. Haver also won the Ben Hill Save Our Earth Award, Excellence in Presentation, the Mounts Creek Farm Award and First Place - Natural Science.

The other award winners in addition to Haver and Hagues are as follows: