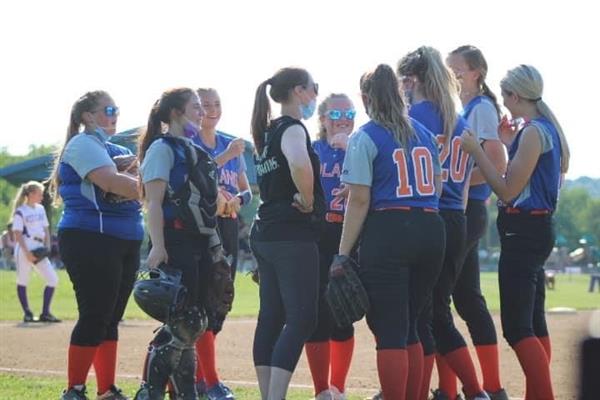 This year, Haver handed the reins of the softball program to Meeker, now a middle school mathematics teacher at Poland, and she coached the team to the sectional finals in her first season.

“It’s pretty cool,” Meeker said, of being her former coach’s successor. “It was always a goal to be coaching softball at whatever school I ended up at, but I didn’t think it would be here, so it’s kind of cool.”

Meeker, a 2010 graduate of Poland, led the Poland girls varsity softball team to an 8-4 regular season record this year – including 6-0 in league play to win the league – and then the team won two more games before falling in the sectional finals to finish the season 10-5 overall.

Haver’s last season as softball coach was in the 2018-19 school year because there was no softball season in the 2019-20 school year due to COVID-19. Haver, who is still the Poland athletic director, coached the softball team for 22 years.

“We had a lot of good years,” Haver said. “I have a lot of great memories from all the players throughout the years.”

Haver was glad he could hand the softball program over to a Poland graduate who has softball experience.

“That was exciting,” he said. “The idea was I wanted someone who could focus on the softball team and be knowledgeable, and she was both of those things.”

When reflecting on playing softball for Haver in high school, Meeker most remembers competing in sectional games.

“That was exciting,” she said.

Haver said Meeker was a standout pitcher in high school.

“As a player, she was one of the best pitchers I coached through the years,” Haver said. “We had a lot of success with her here – competing for sectional finals and league titles.”

Meeker said Haver used to remind her not to show her emotions too much on the field and to keep a game face. She said that stayed with her as a player, as a coach and as something to pass onto her players.

She went on to play softball for Le Moyne College. Coming from a small school and going to a competitive Division II college meant adjusting to a big decrease in playing time and filling spots such as playing outfield and pinch running, Meeker said.

Just being able to be on the team there was an achievement, she said.

“It was a really great experience,” she said. “I learned a lot about knowing your role on a team and why every role is important.”

Before coming to Poland, Meeker also taught at Dolgeville and was a co-coach of the Dolgeville softball team for four years.

Coaching Poland as the only head coach is a new challenge, Meeker said.

“I’m not surprised at all, and I’m glad to see it,” he said. “I think she’ll be a great coach for the program’s future.”

Haver said he is encouraged about the softball team’s future because the team had an awesome year, Meeker is committed to softball and she can help get girls excited to play and practice.

“I think the program will do really well,” he said.

Meeker, who noted every umpire this year asked her about Haver, said she brings a lot of familiarity to the head coach position.

“Obviously, playing here, I know the type of schools we play,” she said, “and I just want to take the opportunity to get more girls involved and grow the program.”

It was interesting to start coaching the team coming off a year when there was no softball due to COVID-19, Meeker said.

“Honestly, when we started, I didn’t know how it was going to turn out,” she said, noting that sectionals was just a hope at the beginning of the season. “Once I saw how we were playing, it became an expectation.”

Meeker said her goal for the softball program is to build off what other coaches have been doing at Poland – including Haver for varsity, Jason Potempa with junior varsity and Sandy Hitt with modified.

“I just want to continue to grow the program and help us be a competitive force every year,” she said. 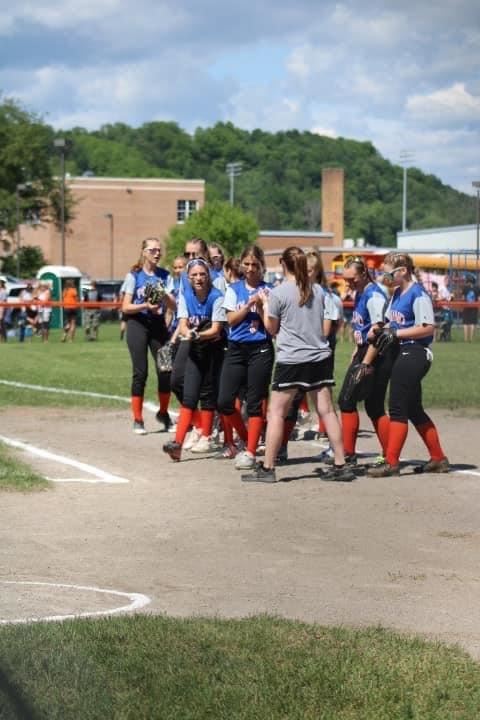 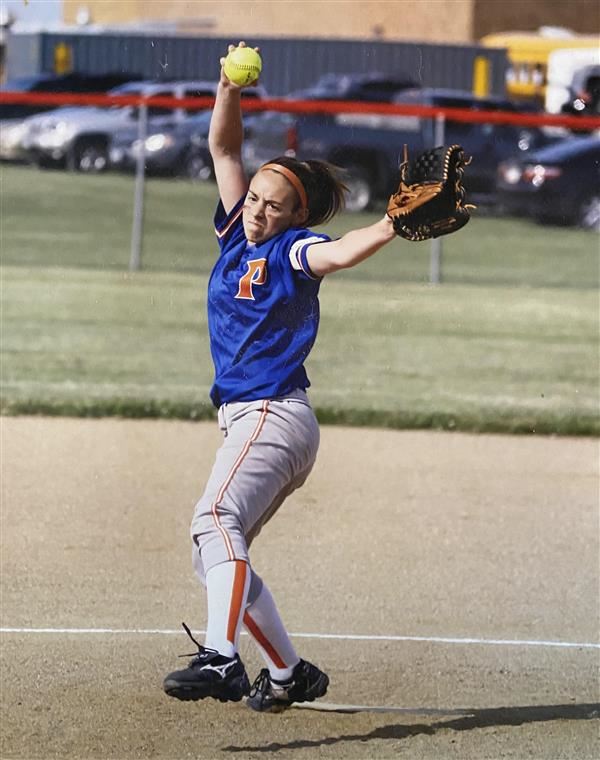 Poland Central School District girls varsity softball coach Erin Meeker is pictured here as a senior in high school pitching for the team. Meeker, a 2010 graduate of Poland, is also a middle school mathematics teacher at the school.