POLAND – The Poland Central School District cross country program is running under the direction of new coaching this year.

“It’s been a ton of fun,” Manley said, of coaching the cross country students. “They’ve worked very hard this year.”

‘A good group of kids’

Manley, who has previously coached soccer, thought that becoming cross country coach would fill a need for the school, so he reached out about it and became the coach.

With 13 students this year, Manley would like to increase the size of the team going forward but also enjoys working with a smaller group.

“The small number is nice because you get to focus on the individual kids,” Manley said.

The cross country season started on Aug. 25 and will wrap up on Oct. 13, when the last of six meets is scheduled to take place.

Cross country team members frequently run during practice on Poland’s cross country trail, on the district’s “beautiful new track” from Capital Project 2020 or go from the firehouse to The Li’l Red Caboose and back. The team even played some Ultimate Frisbee in the pouring rain before the first meet, so it has been an enjoyable experience, Manley said.

Allen, who volunteers for cross country a couple of days per week, said it’s nice to be around the program and help out, and he enjoys working with a small team.

“We have a good group of kids,” Allen said. “Our team has a really good attitude this year. The kids work hard. Mr. Manley makes it a lot of fun, so I enjoy working with him.”

Allen said he likes cross country because it’s easy to measure yourself, and you get to compete as an individual and as a team. There also is a lot of camaraderie – not just within the team but among other teams as well, he said.

Allen now teaches seventh- and eighth-grade social studies at Poland. The 2021-22 school year will also be his fifth year involved with the Poland track program. For indoor track, he has been a volunteer coach helping his brother, John Allen, who is a Poland fifth-grade teacher and indoor and outdoor track head coach. For outdoor track, the brothers are co-coaches.

Before starting to teach at Poland this school year, Joel Allen spent the previous seven years as a social studies teacher at New York Mills, where he also coached cross country for a couple of years.

“I’ve had connections one way or another,” Joel Allen said. “Which helps. You feel comfortable and familiar with everyone.”

Poland hosted a home cross country meet on Wednesday, Sept. 22, with Adirondack, Canastota, West Canada Valley and a combined team from Remsen and the Town of Webb.

There was a lot of work that went into the meet, but it was well worth it, Manley said. For many parents, it was the first time they were able to see their students run.

“It was really nice to see,” Manley said. “They were excited.”

The weather mostly cooperated with a pretty nice day and just a little bit of rain, Joel Allen said. Hosting a home meet is different from a home game in other sports because there are multiple schools that visit at once, he said.

“It’s a lot of work to host, but it’s fun, and it’s nice for others in the school to see,” Allen said.

“I enjoyed hosting,” Allen said. “We had a lot of support. We had teachers and staff helping with the various jobs.”

Sections of Poland’s cross country course had to be redone due to all of the rain over the summer, and a community member helped make the repairs, Manley said. A lot of other preparation and volunteer work was also needed for the home meet, he said.

“It was kind of cool to see everybody step up and help out,” Manley said.

When the nearly 40 girls and boys in modified lined up to start their race, it was quite a sight to see, Manley said.

“It was pretty cool,” Manley said.

Looking to the future

Manley said he’s excited for the future of the cross country program and hopes to increase the number of team members. The popularity of soccer in Poland makes that somewhat of a challenge, and even this year, four of the cross country students also play soccer and have soccer as their primary sport, but there are still other students who could join cross country.

“One goal is definitely to try to get the numbers up,” Manley said. “Having the track and a good track program is hopefully going to help with that.”

Allen agreed that the cross country, indoor track and outdoor track programs could all help each other grow.

“I think ideally that would be the goal,” Allen said.

Students who run in all three can certainly see significant improvement, Allen said. The new track from Capital Project 2020 is also utilized at times for cross country practice, so that is helpful, he said.

“It’s been good,” Allen said. “I think it’s nice for the running programs in general. We have indoor track, we have outdoor track and now we actually have a track.”

Allen said he agrees with Manley that it would be good to increase numbers for the program.

“A goal that I would have would be to make more people in the school and community aware of the program and appeal to students who might not be doing anything in the fall to join cross country because I think a lot of them would enjoy it if they gave it a try,” Allen said.

The modified numbers for cross country are already pretty good – with eight of the 13 students in cross country on modified, Allen said.

All student-athletes in the cross country program have already improved their times this year – including some cutting as much as five minutes off their time, Manley said. He also aims to keep students interested in cross country and ensure they’re up to the challenge of going from a 1.3-mile course for modified to a 3.1-mile course for varsity.

“I consider the season a success if all the kids improve their times from the beginning of the year and they all still are willing to run again next year,” Manley said. 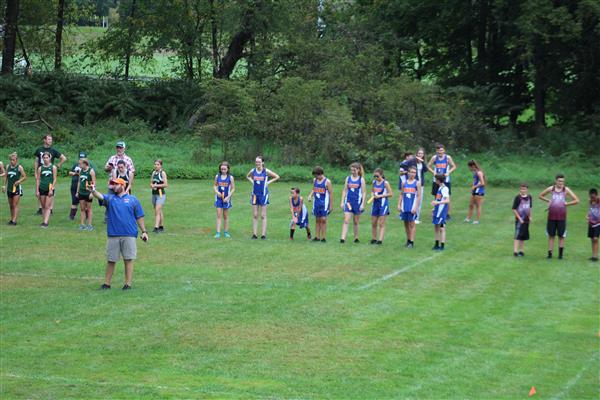 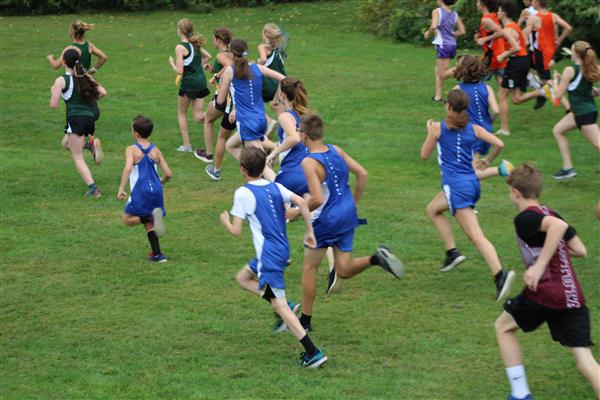