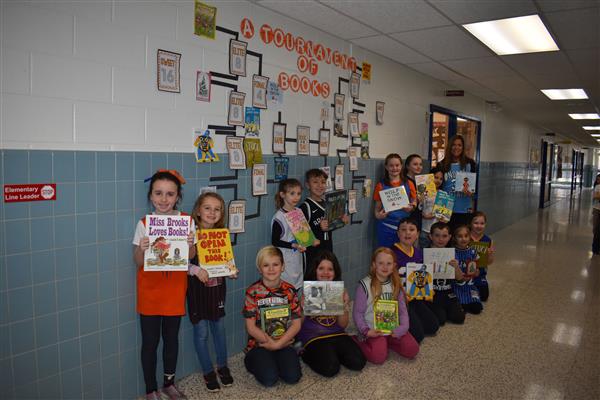 Poland Central School District second-grade teacher Heather Judd and her students pose in the hallway by the brackets for their “Tournament of Books.”

“I liked reading all 16 books because they were all new books,” said second-grader Reese Beyel, 8. “I had never heard of any of them.”

Judd worked with Brittany Harvey, who does instructional technology integration for Poland through the Mohawk Regional Information Center, to modify an activity she tried a couple of years ago. Judd and Harvey added technology experiences including Google Classroom, Google Forms and Google Slides, and students were taught to vote electronically through Google.

The idea to do the activity came after Judd and Harvey were talking about basketball.

Judd, Harvey, teaching assistant Tracy Irwin and students in the class selected books from the school library for the tournament, and they found so many new books that even Judd had only read a couple of them before. Students voted without knowing which books were chosen by which student or instructor. Every student received a prize, with an extra prize for the winning book.

Judd also put on a few minutes of a first round NCAA tournament game to show students what the “Tournament of Books” was based on.

Second-graders were happy to share their thoughts on the “Tournament of Books.”

Brooke Potter, 8, said her favorite part of the activity was “reading all the books.”

Autumn Santamour, 8, said the best part was “getting to read new books.”

Jack Meyer, 8, said the aspects that stood out to him were “that we didn’t know who the books belonged to, and they were new books that we never knew.”

Alexis Roark, 7, said it was fun to participate in the tournament.

“I’m glad we got to hear different books,” Alexis said.

Judd said it was beneficial to have Harvey helping with the project – from teaching students how to log in and vote to adding visuals of each book for the voting and more.

Harvey said the activity was a good opportunity to teach students about usernames and passwords and why it’s important to keep the information private.

“I think doing this, they were excited to log in – they’ve done it 14 times over the course of the tournament,” Harvey said. “It’s repetition.”

When students vote, the results are tallied and announced moments later, so they can see the result of what they learned to do.

Teaching students basics of technology earlier in their education helps them have a better experience with technology and advance their understanding as they get older, Harvey said.

“Starting them now gets them to a whole different level by the time they get to sixth grade,” she said. 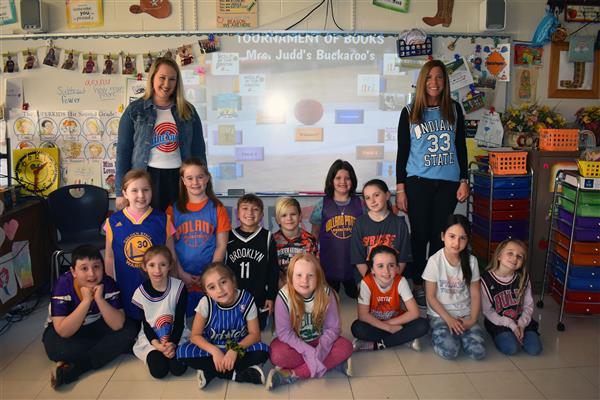 Poland Central School District second-grade teacher Heather Judd, her students and Brittany Harvey, who does instructional technology integration for Poland through the Mohawk Regional Information Center, pose in their outfits to celebrate their “Tournament of Books.” 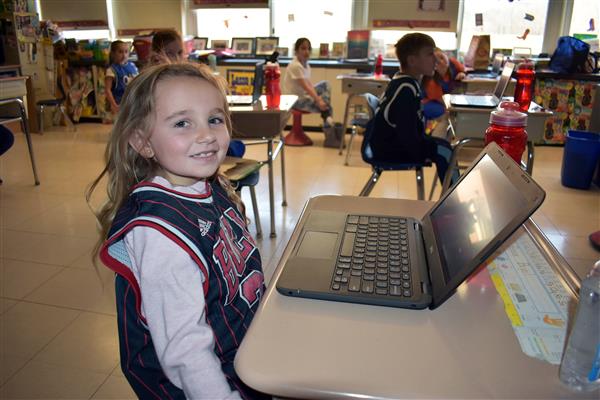 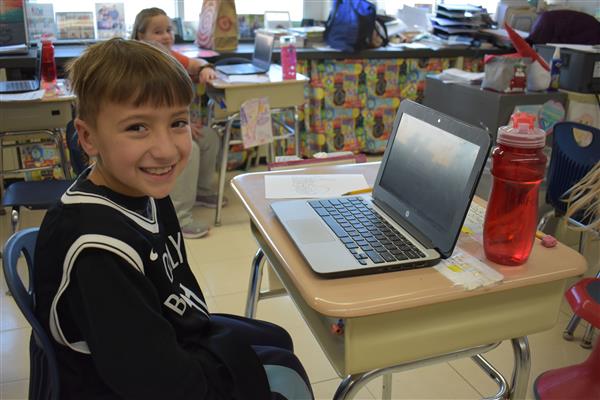