POLAND – Poland Central School District plans to soon recognize junior Logan Cookinham for reaching the 1,000-point milestone for her high school basketball career by awarding her a souvenir basketball with a 1,000-points decal during a sports banquet and adding her name to a banner for 1,000 point scorers in the new gymnasium.

But back on Feb. 26, when Cookinham stepped to the free-throw line with 999 points, scoring her 1,000th point wasn’t her main focus for the day. That’s because the game was a Section III semi-finals matchup against Watertown IHC at Onondaga Community College.

“When we were in the semi-finals, we just really wanted to win,” Cookinham said, when talking about the day she achieved the scoring mark. “It wasn’t on my mind. I was more focused on winning, but winning came with it.”

Cookinham had entered that game just 10 points shy of 1,000, and she went on to score 25 points in the contest, while leading the Tornadoes to victory. As for when she had 999 points and was on the foul line, she made the first free throw, and her achievement was announced over the speakers.

“It was really exciting – just a really, really good feeling,” Cookinham said. “It was a very good reaction. Everybody stood up and cheered. It felt good.”

Cookinham tacked on another 26 points in the Sectional III championship game, which Poland lost. The scoring brought her total career mark to 1,041, with her senior season still left to go.

Additionally, in a game against Morrisville this season, Cookinham scored 37 points, which Potempa believes is a single game scoring record for Poland girls basketball.

Cookinham said that one of the most important aspects for her is that her teammates have always been by her side through her accomplishments.

“That means everything to me,” she said. “They’ve always supported me.”

Cookinham, Irwin and Salisbury are the only three girls basketball players to score more than 1,000 points for the Tornadoes.

Cookinham reached this achievement despite impacts of COVID-19 causing the team to miss a game in her junior year and about six games in her sophomore year, Potempa said.

Cookinham scoring her 1,000th point in a sectional semi-finals game made it different, Potempa said. The team was happy to have the milestone reached early in the game, so the focus could be on winning the game, and he had considered taking a timeout to recognize the accomplishment, but it was a close game, so he was trying to save his timeouts.

Potempa was happy that the accomplishment was still able to be announced during the game and celebrated later.

“She got a lot of love on social media for it and had a lot of people cheering for her,” he said.

Cookinham said she appreciated all of the support when she scored her 1,000th point.

“It’s really exciting to know I accomplished something so big,” she said. “And I’m going to try to keep it going.”

“It’ll be in the back of my mind,” Cookinham said, of trying to break the record. “My main goal is to win, so it won’t be my main focus. It’s always good to have individual goals too though, and this will obviously be one for me.”

“That’s kind of how it tends to go,” Haver said. “So we’re hoping there’s a girl watching this now who’s going to be motivated by this for her future.”

Cookinham, who also competes in soccer, softball and outdoor track for the Tornadoes, said her interest in basketball started from playing the sport with her father, brother and uncle. She liked basketball when she was younger, but her interest increased as she got older.

“Over time, I’ve grown to like it more,” she said. “I didn’t think when I was younger that I would ever get to where I am now.”

Cookinham attributed her expanding enjoyment of basketball to her connection with her teammates.

“I just think it’s playing with the girls I’ve grown up playing with and always being so close with everybody,” she said.

Haver said Cookinham scored most of her points as a freshman and sophomore off of steals and slashing to the basket, and has developed into a good shooter.

“It’s definitely noticeable that she’s made improvements,” Haver said. “I think it’s great for the school, and we’re proud of her.”

During basketball season, in addition to team practice, Cookinham spends at least an extra 30 minutes per day shooting by herself, Potempa said.

“She’s pretty competitive by nature,” Potempa said. “She’s very athletic, so she picks things up pretty quickly. More than anything, she tends to do her best at everything she does.”

Along with the enhanced shooting touch, Cookinham still puts in the effort for the types of plays she started her high school scoring career with.

“She’s team-first, and a lot of her points actually come off of hustle plays,” Potempa said. “It’s not like we’re feeding her the ball all of the time. She’s able to make plays on defense that lead to points most of the time.”

Cookinham has now built up a reputation around the section as a legitimate offensive concern for other teams, Haver said.

“Regardless of the size of the school, they all recognize that she’s a big threat,” he said.

“Coach Potempa has done a great job of building the program and getting a little better each year,” Haver said. “And they’ve been consistently good, so it’s good for our school.”

“It helps the younger players have something to set for a goal,” Potempa said.

The girls varsity basketball team only had one senior this year, so most of the team will be back next year, Potempa said.

Cookinham similarly pointed out that Poland had a young girls varsity basketball team this year, and she thinks the team will be “really solid” with more experience to build off of.

“It’s really exciting,” she said. “I think next year we’re going to come back strong.” 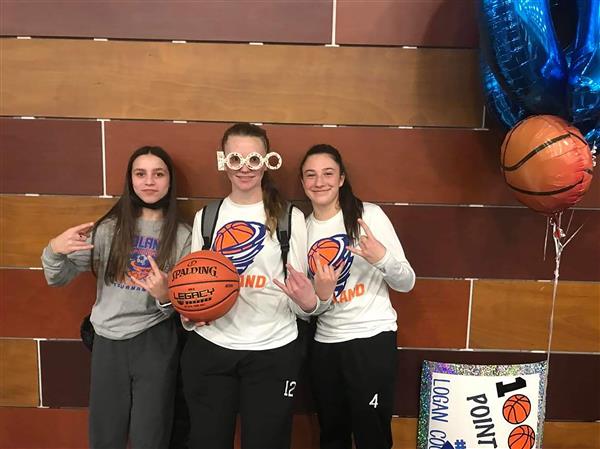 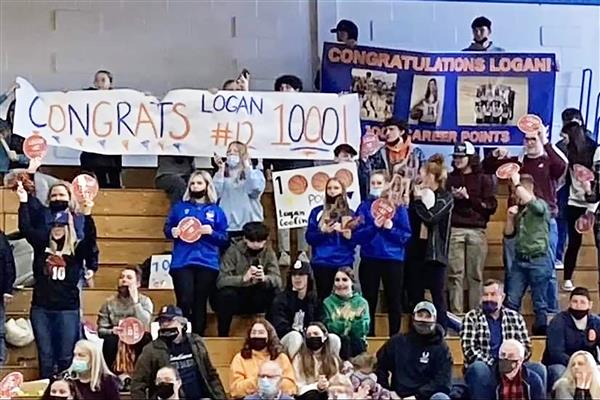